Within Asian Medicine Scope of Practice is a phenomenal, 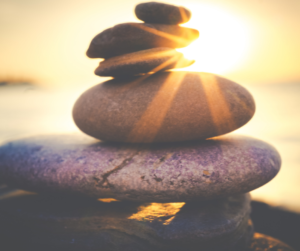 ​What is Asian Medicine?​

Asian Medicine has been around for 5,000 years.  It encompasses a wide net of formats such as acupuncture, herbology, moxibustion, cupping, massage, ear acu and reflexology.  More recently our people include vitamins/supplements, consultations, etc.

In the United States, since the 70’s when Nixon went to China, the U.S. newly discovered Acupuncture due to a reporter urgently having to remove his appendix and he saw how acupuncture was used as anesthesia….!

Since then, Americans slowly but surely fell in love with Eastern Philosophy (Buddhism/Hinduism), Eastern Medicine.

Acupuncture is a part of Asian medical system.  This medical system has 12 meridians or channels that theorized to have acupuncture locations along these meridians that specify location to certain release of symptoms and conditions.  For example, the bladder channel is the largest meridian (67 pts) from the inner eye all the way to the end of the pinky toe.  Along this bladder channel, you can treat bladder issues/symptoms but can also treat related meridians like small intestines or the kidneys based on the 5 elements theory. Stimulating an acu point(s) in formulaic combination for the patient can result with improved or miraculous results.

In the United States Americans have welcomed and utilized acupuncture since the early 1900’s when the Chinese came to work on the railroads in California.

After Nixon’s visit to China, acupuncture has become more and more popular.  There has been many research and studies on the efficacy of Acupuncture.  China, Japan and Korea are the leading countries in Asian Medicine.

Some say Acupuncture is an art form but most Doctors of Asian Medicine would say it’s part of a larger Medical System, pure scientific, but not necessarily an “art form.”

Acupuncture channels are invisible energy pathways in your body that have been used therapeutically for over 5,000 years. These channels conduct life-force energy, or Qi/Chi (pronounced “chee”), in and around all the parts of your body. Blockage or interference in these channel pathways can result in energetic imbalances that may negatively impact health.

The primary goal of acupuncture is to restore energetic balance and proper energy flow to these channels, allowing your body to function normally and return to health naturally.

Think about the electrical power lines we see daily. There is electricity running through these lines that we cannot see but know it is there since power is supplied. Imagine if the power were turned down or off, there wouldn’t be enough electricity to power our life efficiently. And now imagine the power turned up full force, causing a blowout. How about if a tree branch fell on those lines, obstructing the flow of electricity and ultimately causing a power outage? These are examples of deficiency (not having enough), excess (having too much), or obstruction/stagnation (lack of smooth flow). Our bodies have twelve primary channels, or power lines, running from the tips of the fingers or toes and into the corresponding limbs, trunk, and head. If there is deficiency, excess, or obstruction/stagnation, then symptoms occur. My job as an acupuncturist is to correct these imbalances as needed, so that you can live your healthiest, best life.